What is the Process of Annulment in the Philippines?

Since there is no divorce law in the Philippines, it is legally necessary that a previously-married Filipino woman or man, whose spouse is still alive, get a legal civil annulment in order to marry again.

While we are not lawyers and cannot offer legal advice per se, based on our research and experience, we want to explain the generally-accepted process of civil annulment so that you will be prepared when you meet with your lawyer if you need to pursue this course. 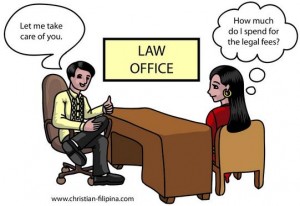 The First step is to hire an attorney. An attorney’s packaged acceptance fee typically ranges from 70,000 pesos ($1750) to 120,000 pesos ($3000). In the Philippines, there are some people who might promise and offer services, such as a quick annulment of marriage, for an even larger amount. However, taking such a large risk is ill-advised and may result in a complete loss of the entire exorbitant sum with little or no actual progress on the legal case.

The time necessary for annulment depends on the talent, connections, and dedication of the attorney. An uncontested annulment case (in which the spouse does not show up at all in court) may take 6 months to 4 years to complete depending on the calendar of the court, the availability of witnesses and other issues such as custody or property.  Cases where the spouse does appear can be even longer.

Constant communication and follow up are needed for the case to go smoothly and on schedule.

The second step is writing the required marital history. This is a detailed narrative of the marriage from the time the two first met through the present.  It also includes the reason for the separation focused on the personality of the couples and detailing the end the relationship.

The most common grounds for Traditional Annulment and Declaration of Nullity of Marriage are the following:

1. Minority (those contracted by any party below 18 years of age even with the consent of parents or guardians).

3. Absence of marriage license (except in certain cases).

4. Bigamous or polygamous marriages (except in cases where the other spouse is declared as presumptively dead).

5. Mistaken identity (those contracted through the mistake of one contracting party as to the identity of the other).

6. After securing a judgment of annulment or of absolute nullity of marriage, the parties, before entering into the subsequent marriage, failed to record with the appropriate registry the: (i) partition and distribution of the properties of the first marriage; And (ii) delivery of the children’s presumptive legitime.

7. Incestuous marriages (between ascendants and descendants of any degree, between brothers and sisters, whether of the full or half blood).

Most Annulment lawyers in the Philippines commonly use Psychological Incapacity.

The fourth step is the drafting, then filing, of the petition itself. This is the lawyer’s job. After the filing of the petition, which must be signed by the requesting party (husband or wife), the case will be assigned to a branch of the Regional Trial Court. The spouse will now be notified by sending papers, called summons, requiring the spouse  to answer the petition within a number of days from receipt of the notice.

Collusion of marriage (both parties agreed to file an annulment) will also be investigated, a process wherein a public prosecutor will be assigned to a court and will be asked to determine if the parties involved are conspiring to file a case.  Collusion – mutually agreed-upon separation – is not an acceptable condition and would result in a dismissal of the annulment petition.

After the collusion investigation, a report is prepared by the public prosecutor on the findings of his investigation. If no collusion is found, the case proceeds to a pretrial and the spouse will be notified again. If the spouse does not appear, the court will proceed with the marking of the documents, the determination of the number of witnesses, and the schedule of the trial. During the trial stage, witnesses will be called. Normally, the witnesses would be the petitioning party, a corroborating witness (who knew the couple and what happened to the marriage), and the psychologist who will testify on the evaluation made. The public prosecutor representing the government will be allowed to question the witnesses as well.

After the trial and the offer of evidence, the case is then submitted for decision. (Waiting for decision may take 90 days or more)

Note that the presence of the spouse is not necessary in the process.  In most annulment proceedings, in fact, the other party to the marriage does not participate at all. This speeds up the process somewhat because if the other party makes an appearance, then he will likewise be given the opportunity to present witnesses and evidence. 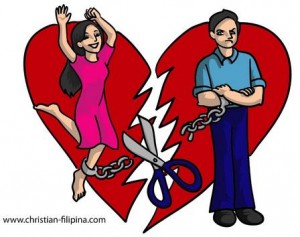 Remember: our advice is anecdotal and is not official legal advice.  We cannot guarantee the accuracy of this information.  It does not constitute a legal arrangement between us and you.  We are only presenting the results of our research, and you are fully responsible for how you use this and any other information.

If you are interested in a free report on immigration visa tips, please request it via our Filipino Visa website, which is part of our trusted and award-winning service Christian Filipina.